THE GREEK LANGUAGE SCHOOL OF THE ANNUNCIATION

The Greek Language School is part of the Annunciation Greek Orthodox Church of Buffalo, New York. It is the second longest running Greek School in New York State and one of the oldest in the United States. Founded in 1916 by George Phillies, today the school continues its tradition and dedication to teaching the Greek language, history, culture and arts in Buffalo and Western New York. Classes are currently taught by five faculty and two substitute teachers. Students range in age from four to 13 years old.

Greek is the Hellenic branch of the Indo-European family of languages and has over 3,500 years of written history. The Greek alphabet arose from the Phoenician script and subsequently served as foundation for Latin, Cyrillic, Armenian, Coptic, and Gothic. Greek roots are often the source of new words for other languages and the foundation for international scientific vocabulary. Neologisms present in almost every modern Western language such as teléfono, televisión, and dinosaurio stem from Greek. Many of the foundational texts in science and Western philosophy, such as the Platonic dialogues and the works of Aristotle, were written in Greek. The New Testament of the Christian Bible was written in Koiné Greek, the latter representing the basis for Medieval and Modern Greek.

For those interested to bring their children to our school, regular classes are held on Saturday mornings at the Family Life Center in Lancaster (Address: 5992 Genesee Street, Lancaster, NY) from 10:30 AM to 1:00 PM. For more information about our programs contact Maria Tsompana at mtsompana@gmail.com or our office at 716-882-9485. You can also find us on Facebook https://www.facebook.com/GreekLanguageSchooloftheAnnunciationBuffalo/ 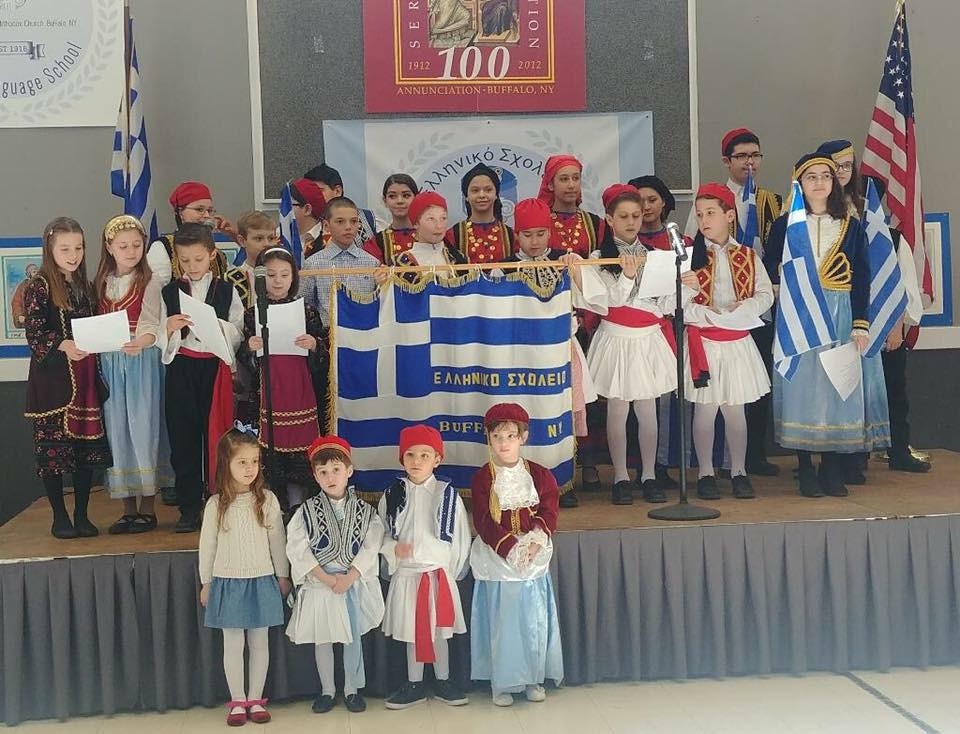